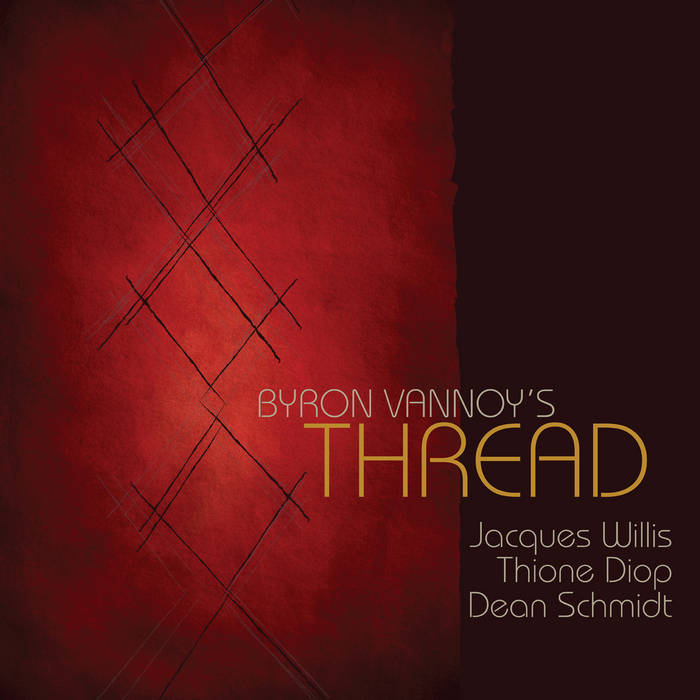 Drummer/Composer/Bandleader Byron Vannoy has a knack for putting together like minded musicians in different configurations. Byron Vannoy's Thread is no exception. This documented performance has all of the energy and edginess that you can only get from a live recording, without sacrificing the studio quality sound.

An unusual mix of instruments, and a group that communicates through a rhythmic/melodic language; there is a sense of adventure and an undeniable flow between these musicians.

Jacques Willis plays mind boggling lines on the vibraphone and simply stated melodic runs on the keytar that add a textural/timbral flavor to each track. Thione Diop master drummer and Griot from Dakar, Senegal brings the amazing polyrhythmic phrasing and musicality of West Africa through the djembes and talking drum. Bassist Dean Schmidt plays all the right things at all the right times with an impeccable sense of support and groove. Byron Vannoy subtly leads the group into different dynamic and textural environments, with a spirit of unity and respect for each individual voice in the band.

The roots of this music come from Jazz, Fusion, Funk, African and Rock, though none of it in the strictest "purist" sense. Byron Vannoy's Thread has a very individual sound that should not be missed.